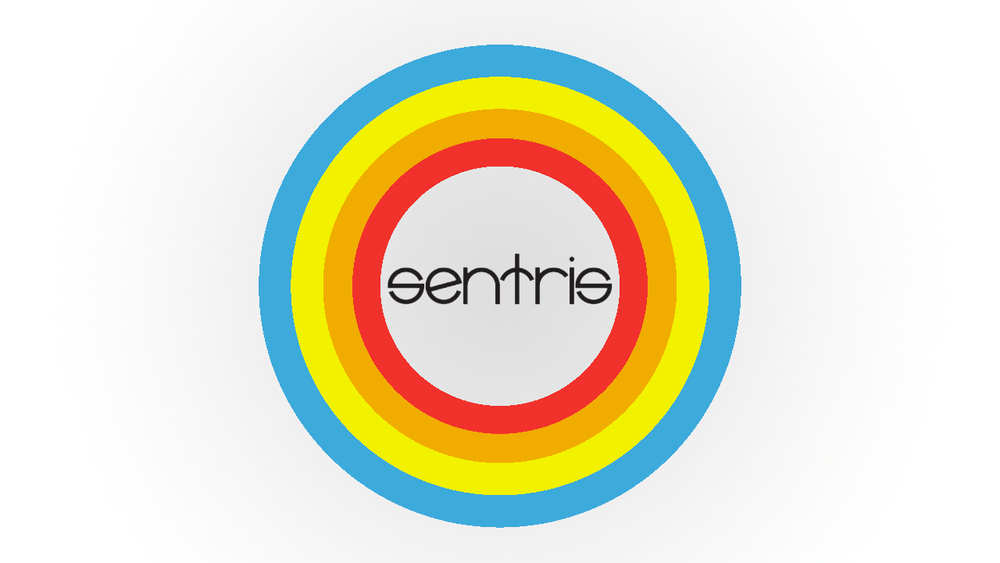 With PC gaming on the rise of a new generation of consoles at the doorstep, we can start expecting newer and more exciting ways to experience games than ever before. The term “videogame” is becoming more outdated, with many of today’s games resembling an interactive experience more than just games. Certain genres are seeing a revitalization too, or even a redefining, as we move forward into the next generation.

Sentris, a puzzle game about creating music, is a perfect example that the music game genre is on the verge of something new and exciting. The game’s creator and developer, Samantha Kalman, designed Sentris around the idea of something that she feels very passionate about: turning each player into a musician and letting them feel the thrill of creating their own music, all without a closet full of plastic instruments. It’s simple and it works, which is why Sentris is poised to succeed as the next evolution in interactive media.

Naturally, a project based on creating music within a videogame interested us. We had a number of questions about Sentris for Kalman, and she responded to each of them with just as much passion. 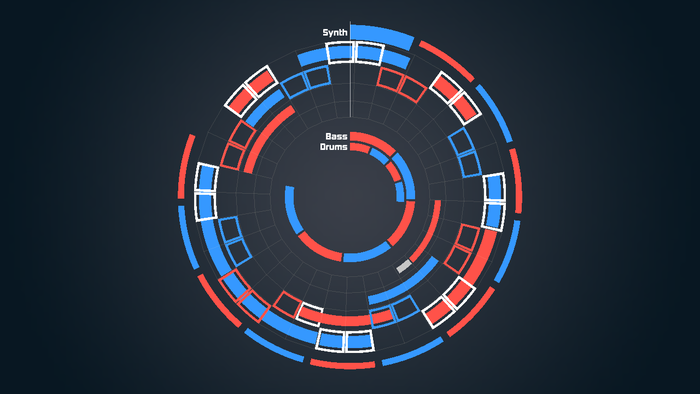 Game Music Fans: So tell us, what is your mission for Sentris?

Samantha Kalman: I’ve been a player of music games for a long time. I think one of the reasons I played them so much was that I wanted to be able to make music myself, but I never really thought I could. Years later I was lucky enough to have an experience playing music in a band, and I discovered the amazing sensation of creating my own music with friends. It was such a powerful emotion that I wanted to help everybody experience it. I knew the best way to do that was with a game. In fact, I had already been working on a music game so it was obvious to make this feeling of creation the center of the game.

I think there are a lot of people who are thinking the way I used to – they want to make music but they don’t know how or they think they can’t. My mission for Sentris is to help people feel that they are creating their own music, because they actually are! And if they can see that music is just sounds played in some pattern over time, maybe that will make it less frightening to try playing guitar, piano, flute, or whatever calls to them!

GMF: You mentioned PaRappa on your Kickstarter page, have any other game(s) besides that one have influenced your vision for Sentris?

SK: Oh wow, I’ve played so many… I imported Beatmania from Japan and played it on my PlayStation even though I couldn’t afford the controller. Bust-A-Move (Bust-A-Groove in the US) is another favorite from that era. I’m a big fan of all the Harmonix games, of course. I was one of the few who bought the PS2 network adaptor to play FreQuency online. I never quite mastered Gitaroo Man on expert. And of course Rez was the initial seed of inspiration way back when.

But I think the biggest inspiration for the game is the lack of huge variability in music games – I’ve never played a game that enabled me to make my own music. Even Rez had actually very limited control over how much the songs could change. Um Jammer Lammy probably came the closest to this, but even that was reserved for expert players.

GMF: How long have you been working on Sentris, and when did you decide to take your ambitious idea to the next level and base a game around it?

SK: Sentris was always a game first and a musical instrument second. I started working on a music game in 2007, with two guys from the Unity forum. This was with Unity version 1.5 or so. We kept trying to figure out what the game should be like, and I kept having visions of a circular UI. I think the guys got annoyed because I wouldn’t shut up about the circle. I didn’t know what it was. I just knew I couldn’t stop thinking about it, and I wanted to do something more than other music games had done before. A couple of years later, around 2009 was when I had my epiphany in the band and I realized that the circle was actually supposed to be the song itself, and the game would be about building your own song.

GMF: Why the name Sentris, and how did you land on that name?

SK: When I started working on this game in 2007 it was called Project Subdivision. I love the idea of synaesthesia, and wanted to call the game Sensory Overflow. Looking back, that’s not a great name. Sen, the shortened version of Sensory Overflow, has come to be the word I use to describe musical creation in gameplay. It’s kind of a mix between Zen and Sam (my nickname). I actually have a prototype from 2011 on Kongregate called Sen. It’s similar to Sentris in some ways, but Sentris is a superior implementation of the concept. The name Sentris came about one day when I was thinking about the ideograph for the game, these multiple colorful concentric circles. Concentric –> Concentris –> Sentris. It just made sense when I thought about it.

GMF: Has the game’s design philosophy changed at all since you started?

SK: Oh yes, Sentris has evolved a huge amount from when it began as Project Subdivision. Very old Project Subdivision prototypes from 2007 are actually more of a point & click shooting mechanic with techno-style visuals, like Rez. Now it’s all about visualizing the structure of music. I’ve picked it up and put it down over the years as I’ve moved to different cities and different jobs. Really, I didn’t even know what I wanted to build when I started. It took some time and life experiences to understand what I was trying to do in the first place. But that’s how creativity works sometimes! You just have to keep at it and wait for the answers to come to you.

My vision for Sentris is really clear now, and really ambitious. This Kickstarter is only for the first step toward the grand vision, and that’s to make a great puzzle game that is simple enough for anyone to play, and make their own music at the same time.

GMF: Judging from the video on Kickstarter, the game lends itself pretty well to electronic music. Any plans for different types of music or instruments?

SK: Yes! I would love to include a vast library of musical instruments. Strings, woodwinds, electronics, percussion, the list goes on. Making that content takes time, and I want really high quality audio samples. I also don’t feel like the sounds need to be totally dependent on me and my musical tastes. I would love to provide a musical voice editor so any player can upload their own collection of samples for themselves and others to use. I currently have a stretch goal for that feature. If the goal isn’t reached, I’ll figure out a different way to fund the feature, or maybe provide it after the game ships.

GMF: I couldn’t help but notice the NES controller you used for the prototype at the Seattle Indies Expo, pretty rad.

SK: Yes! I’m a child of the 8-bit generation, and the game is so simple to play that an NES controller was the obvious first choice. Thanks for noticing!

Sentris is currently seeking funding through Kickstarter, which as of this writing, has $33,684 of it’s $50,000 goal with 10 days left to go. It’s a reachable goal for sure, and something that we’d like to see funded.

You can also check out this video demonstration of Sentris by Kalman, which is only a prototype of the final game, but proves the concept works quite well.