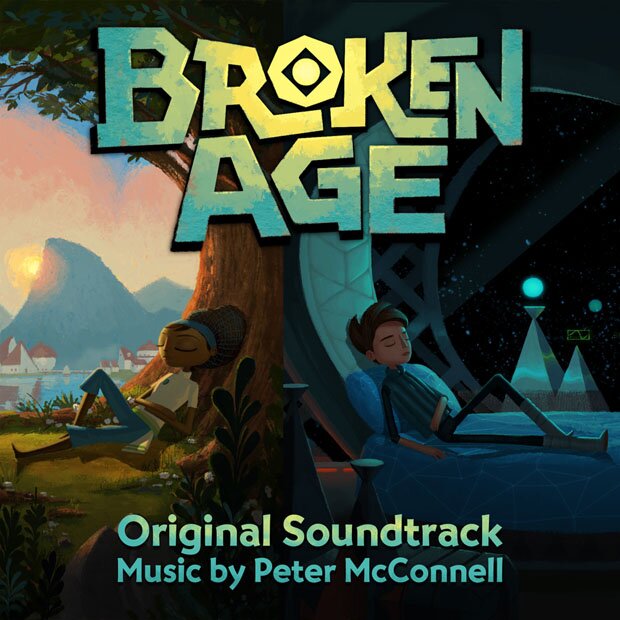 Broken Age, the game that helped put Kickstarter on the map as a vehicle for game developers to fund their games, is available now for all non-backers. In fact, the game’s crowd-funding was so successful that it’d be easy to forget that it’s the newest game from Double Fine Productions, the talented developer behind such classics as Psychonauts, Brutal Legend, Costume Quest, and Iron Brigade.

Double Fine’s go-to music dude, Peter McConnell, is also back again for Broken Age, who recently scored the soundtracks for Sly Cooper: Thieves in Time, Plants Vs. Zombies 2, and Hearthstone: Heroes of Warcraft. McConnell is clearly a busy man, but shows no signs of losing his edge or signature sound for Broken Age. With the Melbourne Symphony Orchestra at his disposal, McConnell’s score for Broken Age isn’t always attention-grabbing, but more of a slow-burning revelation of musical mastery.

I did not feel this way initially, however. At first, the soundtrack to Broken Age didn’t feel special and left me unimpressed. Without any real main theme or recurring melodies, the soundtrack lost its identity and sounded generic. But after listening closer, many of the finer details in the instrumentation started coming out, making it stand apart from other soundtracks available. It became more and more obvious the level of care that went into this score, and the level of talent that was involved with its making.

The airy and whimsical “March in the Clouds” is short but sweet, like many of this album’s tracks. It paints the perfect picture for the player’s point-and-click adventure with a boy and girl living parallel lives. It feels very reminiscent of a Disney film, with a string part that stands out heavily and dominates the song’s tone. Starting with “March in the Clouds”, the soundtrack started to take on a whole new meaning for me, rather than sounding like Generic Orchestral Soundtrack #436. The identity I was looking for was always there, I was just unable to see/hear it.

“Rising Sun” on the other hand, demonstrates McConnell’s varied songwriting for this album, and sounds more fitting for one of the Mass Effect titles than a Double Fine game. The creepy, electric violin sound at the end is a great touch to this otherworldly track that sounds unlike anything else on the album.

The acoustic guitar fits wonderfully in “Was that East or West,” giving it a space western feel. Seriously, it sounds like it’s straight up out of Borderlands or Firefly, and I love that. Again, this one is a major departure from the rest of the album, a theme in and of itself, which is part of the reason why I came to love it so much after listening to it again and again.

On the downside, the Broken Age soundtrack seems a bit short – 23 tracks, most of which last about 1:30 or so. For me, this is perfect because I have a short attention span, but for others, no amount of listening will change that, and it might leave them feeling disappointed. This is most likely coinciding with the shorter, episodic nature of the game itself, though. Other than The Cave, this is the longest soundtrack available at the Double Fine’s Bandcamp page.

Speaking of Bandcamp, that’s where you should go to purchase the Broken Age soundtrack. It’s available for $8, and despite it’s brevity, is a wonderful addition to Double Fine’s soundtrack collection, not to mention your own.