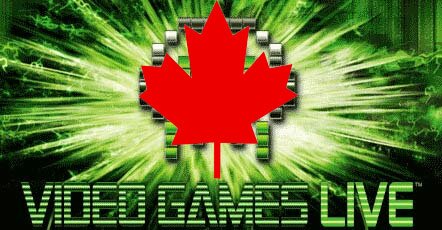 Those living in the Great White North and have an appreciation for games music will be excited to know that the world-renowned orchestral tour, Video Games Live, will be making the rounds. According to a recent press release presented by Joystiq, Canadians should be marking the following dates on their Google Calendars:

To help sweeten the deal a little more, a live interactive press conference will be streaming via www.twitchtv.com/videogameslive on Wednesday April 25th at 9pm EST. The show will be hosted by the tour’s organisers and will include announcements regarding other details and negotiating show set lists.

Tickets go on sale starting Friday April 27th at 9pm ET, however Montreal’s performance tickets begin the following day. Here’s hoping we can see some similar treatment with a few more shows in Australia, too!

Angelo's been playing video games since he was barely toilet trained, starting with the Sega Master System II and working to play as many games on as many different consoles as possible since. Having grown up studying music practically all his life it's no wonder how both have melded into being one of his favourite musical genres. You can follow him on Twitter @MangieV.