Track of the Day: Journey – Apotheosis 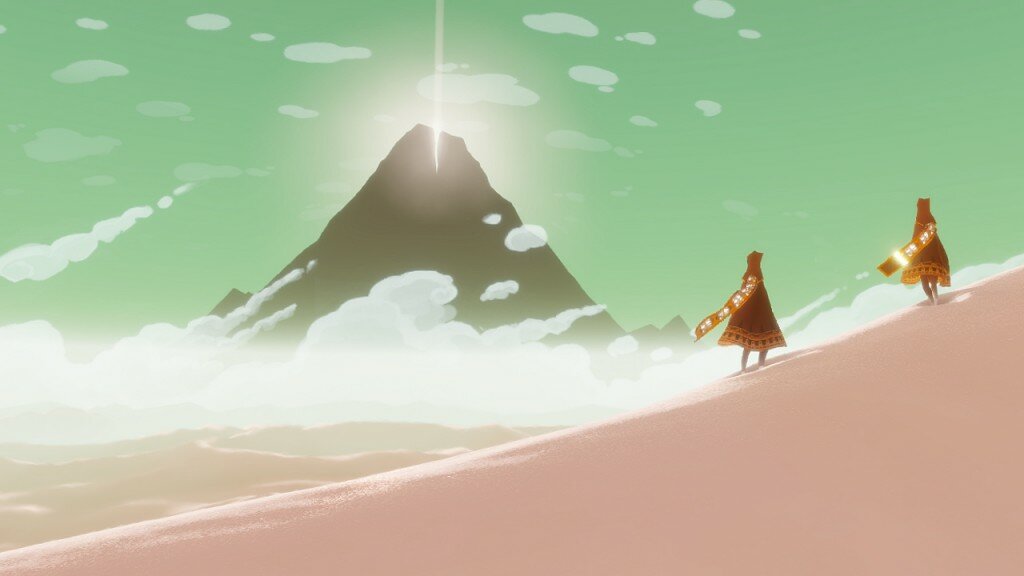 Journey has held such a firm place in my heart that removing it might place my life in peril. Among all the emotional tracks, the one that floats above the rest on its shining patterned scarf is “Apotheosis.”

The beginning of “Apotheosis” narrated the player’s journey, from the summit of the mountain to the skies leading towards its peak. A plodding heavy drum quickens its pace in the background as frantic strings rush to propel the traveler on its spiritual rush of air. Once there, a lighter melody takes hold as the joie de vivre of unfettered flight enraptures the player in this blue-skied playground.

As the scenario unfolds, another set of strings begins to placate the player during the final leg of the journey, building up its majesty until its very own peak. The song reflects the mountain, the journey, and the player’s emotions, bobbing up and down until it breaks, and there’s only peace. Our traveler has earned this catharsis, and it walks off into the light without saying goodbye to the player. Neither owes the other more than gratitude and understanding, and “Apotheosis” narrates this, too.

Just a moment. I think there’s something in my eye.