Remembering Hiroshi Yamauchi and the music of Nintendo 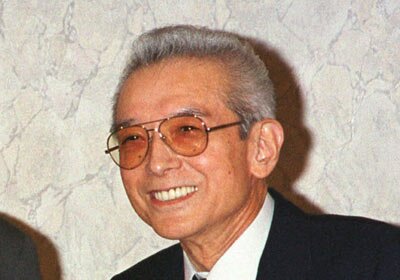 It is with great sadness that the gaming world must say goodbye to Hiroshi Yamauchi, the man responsible for turning Nintendo from a card-making company into the multi-billion dollar videogame company that is now. He was a man that was denied his own childhood, but gave countless others a childhood they would remember.

But it is also a time to reflect and celebrate. Thousands of people today (myself included) consider themselves gamers thanks to Yamauchi, and Nintendo’s home consoles he was responsible for. So many iconic characters, treasured franchises, and nostalgic memories are credited to Nintendo, and it would be a disservice not to remember them in the wake of Yamauchi’s passing.

Quite frankly, we could go on all day with hundreds of entries for our favorite videogame music from the NES days. We have to draw the line somewhere there, though, and we feel these cover the main basis. Some of the most iconic tunes in all of videogames started with the NES, and can be heard below.

The Legend of Zelda – Overworld Theme

The Legend of Zelda – A Link to the Past – Hyrule Castle

Nintendo’s first 3D system might also be it’s most unappreciated. The graphics have aged terribly and the controller was…interesting, but it was also home to some of the best games of the late 90s.

The Legend of Zelda – Ocarina of Time – Gerudo Valley

The GameCube was the last Nintendo console to come out while Yamauchi was still president of the company. Facing heavy competition from Sony’s PlayStation 2 and the new Xbox from Microsoft, the system was cheaper and focused solely on games instead of an all-encompassing media box.

Tales of Symphonia – Fighting of the Spirit

Track of the Day: Ninja Gaiden - Death of Ken...