Leonardo Badinella, a Chilean composer, is probably not a household name for you, but after checking out his work on Expeditions: Conquistador, he’s worth keeping an eye (or ear) on. The game is a tactical RPG by Danish developer, Logic Artists, that takes place in the Americas during the time of the conquistadors. You play as an aspiring conquistador who sets out for adventure in the new lands across a 20+ hour campaign filled with player choice, resource management, and turn-based battles wrought with tension.

Given the minimal exposition, this soundtrack is more like that of a fighting game – the majority of the tracks back the battles you encounter in this savage land. That said, you spend a lot of time on the world map with the song, “Conquistador.” The opening guitar sets a sense of curiosity, but the layers slowly build it into a song of adventure and intrigue. It also embodies the main theme of the album, played mostly with strings, which is inspiring and sweet here. However, the melody is also featured in the more aggressive tracks, “Terruka,” “Cadiz,” and “Y Olé.” Notably, “Y Olé” really portrays the image of an army and of conquering by incorporating brass instruments to lay the groundwork for the melodies to come. The song turns into a varied dance that deftly caps off the adventure in a resolute manner. 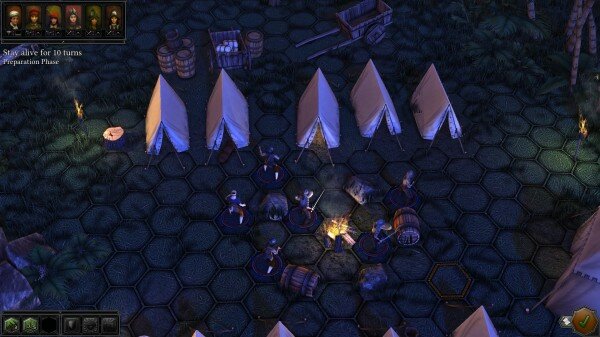 My favorite of the battle tracks had to be “Potente,” which I took note of during gameplay. (You know how hard it is to focus on a song when you’re in the thick of things.) Despite meaning, “powerful,” in Spanish, the opening repetitive drumming, backed by plodding deep strings and a little piano, brings to mind being the victim of the trap of a native tribe. However, as soon as you’re fully uncomfortable, brass horns lead you into a more symphonic composition, the power play, where it sounds like you are gaining the upper hand despite your starting disadvantage. Finally, the battle lays to rest on the sound of wooden flutes and fades away.

The entire album is not only fitting for the gameplay of Expeditions: Conquistador, but also for easy listening at work or while writing. The nature of the game, which doesn’t feature epic CGI cutscenes or voiced dialogue, is such that it doesn’t allow for wild narrative themes like “Liberi Fatali” (Final Fantasy VIII) or “Triggernometry” (Red Dead Redemption). Instead, each track has to be enjoyable when heard on repeat during long battles. In that, Leonardo succeeded gracefully, creating an album that I never tired of. 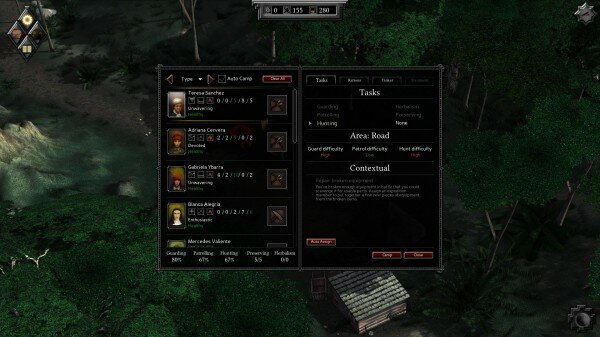 It would be easy to fault the soundtrack for lacking more memorable tracks and themes, but the caveat to raging choirs and flailing timpanies on other albums is easily tiring the listener. Here, he weaved mixes of European and Latin American influences into a delightful listen worth returning to. The joy is derived from those little moments in each track which add flair and personality to what is intended to be background music.

My only real complaint about this unique album is that the strings sound a little artificial, especially against really rich guitars, drums, and flutes. It’s hard to express, but the other instruments audibly convey their “weight.” You can feel someone’s fingers and breath playing them. On the other hand, that visceral sense that I’d like feel from the strings here is missing. They admirably play their notes, but I never really felt the bow slide along the strings. 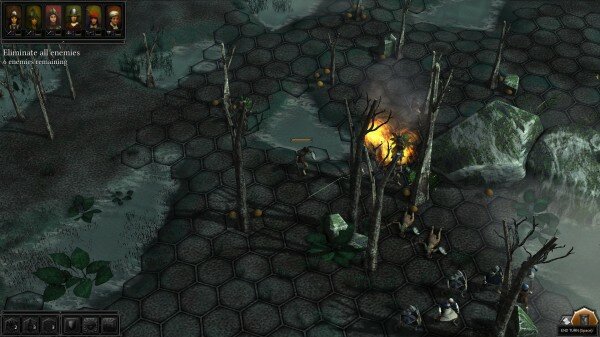 However, the one exception is “El Estratega.” One of the first battle themes you encounter in this game, the strings are the star here. They hustle into the foreground from the beginning, coupled with some wild flutes in a declaration of war. The drumming and other instruments take much more of a backseat to the drama of the strings, and they create a more tangible soundscape. Whatever literally sets them apart, this song manages to be exciting and alarming despite its brevity.

The Expeditions: Conquistador soundtrack is available now on Leonardo Badinella’s Bandcamp store and Amazon for $9.66 or $1 per track. I definitely suggest you preview the album and purchase it for a uniquely invigorating yet meditative experience. I’d love to see what this composer can do with more attention and more budget for his next project.

This review was written using a review copy of the soundtrack provided directly by the composer. Please visit his Bandcamp store, linked above, to preview some tracks as they are not currently accessible to be embedded in this post.